Links and content in these Game Development sections are Mature Adult 18+.

For the time being this is a simple warning with no birthday validation nor database and IP tracking. I do believe in a free and open responsible persons mentality. You can choose for yourself what it deemed proper. I am simply giving the warning.

For now, All content has been removed from this site since most of it needed updating since 2018. Some will resurface here and some will not. Apologies to Unity and UE4 users but most would already have the content that was available here.

This site is for Mature Adults. Enough Said.

Being an avid gamer for many years, including the table top ‘Dungeons & Dragons’ style games, gave me a real love for the ‘Old School Hard Core Gaming’ concept. Indeed that style can be frustrating and difficult but if designed properly it is the most rewarding experience one can have when escaping into their ‘Play World’. We all need an escape and software is a really good way to do it….if done right.

Testing thousands of hours of online play in the Aurora Engine by Bioware in various story arcs gave me specific insight on what was ‘Deemed Fun’. I knew what was fun or not. Others seemed to agree…I took notes. I designed ‘More Fun’ into the play then placed software frosting on top by adding fulfilling story-lines and excellent role play. The end result is a lot of fun. This is the drive behind this software development studio.

The first project we are working now is a brutal but satisfying survival game environment on the World of Anvarath on the continent of Avaron. This is the 1st age of this planet and is the age where the Vanim (9 spirits…like Seraphim) walk and live among their brothers and sisters…the children of Eru. This is our Episode 1 with a variety of expansion packs (zones) to Role Play and Adventure in. The flavors are definitely Ancient Greece and Norse with Edan (Human), Quessir (like Tolkien Elves) as the races that make up the Children of Eru.

The game play is fully multi-player but is more like a MicroMMO and Single Player experience than a full on MMO. This gives a great source of privacy for a group of friends and family to set up a dedicated server (ie GTX Gaming Hosting) and play with up to 32 players. Single player mode is identical but will not connect to a dedicated server. Characters are also not transferrable between modes and servers.

This game will be PC only and will have a playable Alpha once there is actual quality controlled testing. It will not get the poor reputation treatment that other said game developers do with most Early Access games to players. It is important that Alpha is short and welcoming into a short Beta as well.

The game style is full on violence and adult situations. The language is gritty and the constant feeling of being part of the world is always there. It is a roller coaster ride of intense battle, exploration, hunting, farming, shopping, assembling your home, and relaxing in the sauna to wash the blood and dirt off the skin. Even finding companions and romancing them with the full nudity that is simply part of the game….just as it was and is part of our world. If you watch/think of the mini series Spartacus…this is essentially what Episode 1 (Book 1) is like. Episode 2 and beyond take on the Space-Life aspect with a continuation of grit and grime with the simple fact that you actually fly and in your space ship(s) and space stations. There are several planets to land on and explore as well. Like a hybrid simulation and RTS game.

Building upon the foundation of Episode 1, the long term project is called Space-Life. It is a realistic survival space simulation with both space and planet based game play. More on this later. 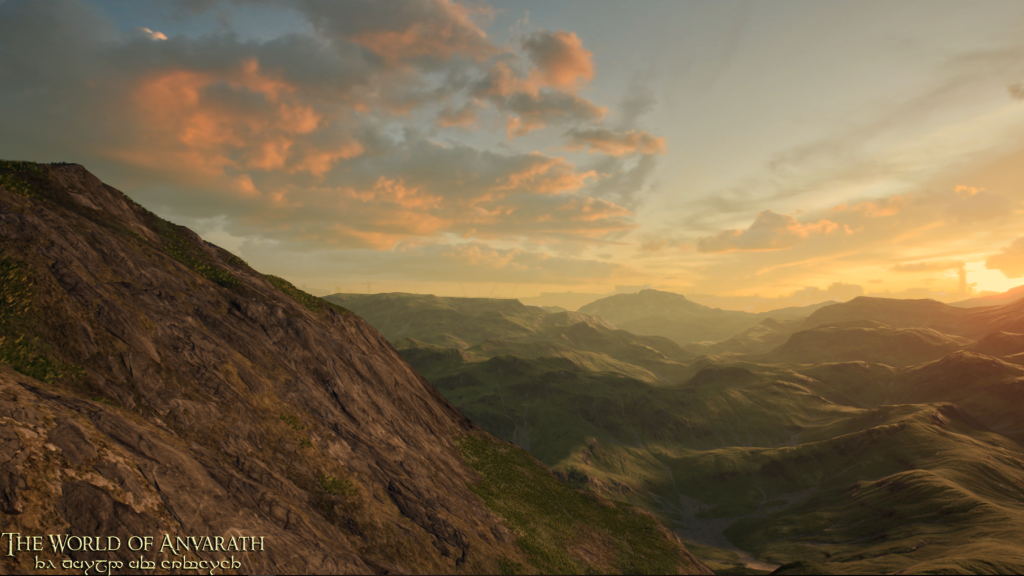 Genesys Systems found some very difficult ends in Epic’s UE4 and even worse in UE5 (still in Early Access) during transitional testing. Epic makes a very solid engine but it can be very difficult to mold into a more open platform for both Land and Space. Epic’s cool engine tech has great visuals and is worth the effort to keep digging to actually control things that are not ready out of the box (ie. Volumetric Clouds and New Water). A number of systems needed quite a lot of trimming and rework due to the latest UE4.26 and preparation to move into UE5 for the future. UE5 is good enough at this point for Genesys Systems to fully transition using it.

We are still heavily in 3D Art Building Mode and painting the landscapes. There are currently (14) 8192m x 8192m map zones to explore on various planets. Caves and ‘Dungeons’ are being added as the landscapes develop while being painted. There is a ton of content here. Currently a playable alpha is unknown.

There shall be a forum as well to chat and get involved but I wish to re-iterate that I there has to be something of quality to chat about before chatting about it. Not simply wishful words and ideas….something you folks can sink your visual teeth into and actually chat and make your personal character stories and other such RP. Much of that RP can and likely will be In The Game. I have always done that sort of thing….and will continue to do it.

So…enjoy and have a look around.